About Me and Languages (4)

In 'senior high' I was an 'arts' student (the exact word always hard to find since school systems vary both between countries and in time). Cumpulsory school in those days was 9 years, starting at the age of 7. As I have mentioned, we began with English in 4th grade, and with a second foreign language (for me French) in 7th grade. In 'senior high', a third foreign language was added, and now (between German, Russian and Spanish) I chose German. (In fact, I had made a headstart with a German correspondence course already in 9th grade.) On top of that, for the few of us who chose the classic program, came Latin... 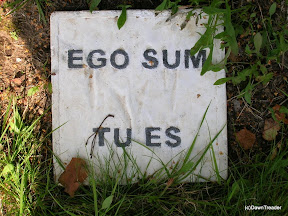 I always hesitate to mention I studied Latin, because it might give people the false impression that I actually know Latin. I do not feel that I do! Our teacher in this ancient language of the wise and learned had been persuaded to give up retirement to teach it to a group of five optimistic teenage girls. He was a kind old man who had accepted that school was no longer what it used to be in his day. He was also the school librarian. Whenever we got tired of Latin (and one does, when one struggles with it for 7 or 8 school hours per week for three years), we could easily get him to talk about other things, like library books or history. He was especially good at demonstrating how Hannibal went over the Alps with the elephants. 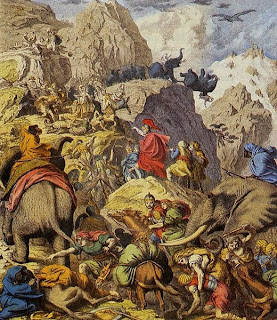 That is pretty much what I remember from three years of Latin studies. Our greatest fear during the 3rd year was that our teacher would get sick and someone else would discover how little Latin we really knew. Luckily, he stayed healthy, all five of us got exactly the same good marks (over average), and I never had to decline a Latin verb again afterwards. Ego sum, tu es (I am, you are) is about as far as I got during those three years.

French, if my memory serves me right, I continued with for two years in 'senior high'. At the end of 9th grade, I thought I knew French pretty well. After two more years, I just found it getting more and more complicated. We also had a teacher who much preferred talking about the French wine (le vin) and the French women (les femmes) rather than the language as such. I can read French; but turn off the subtexts on a French film, and I'm in BIG trouble! I never went to France, and the most use I've had of it since school is probably when reading French quotes in classic English or Russian-translated-into-Swedish novels; written at a time when every well-educated person in Europe was supposed to speak it.

With German, I got on better, in spite of all the grammar; and in spite of right now not remembering a single thing about my 'senior high scool' German teacher - not even if it was a man or a woman! I will get back to German later. Before that, I still have a lot more English influence to speak of. But that, too, will have to wait until another day...
Posted by DawnTreader at 19:08

You have written more about one tiny aspect of your secondary school life in this one posting than I could write about my whole life in secondary school. And I think that's probably not an exaggeration. I am fascinated, interested and loving it. Magis , commodo.

See?! That's what happens when I tell someone that once upon a time I attended Latin classes: They think they can actually use that language to communicate with me! ;) The English I do understand though, so I take it as an encouragement to continue my stroll down Memory Lane... Thank you!

I am utterly ashamed to say that my ability with languages other than my native tongue is atrocious. I wish that were not so. In my next life I would love to be blessed with a retentive memory as well as a host of other things - like a mind! As it is my Latin comes in fits and starts as does my German and French. Although I use French more so am a little better at that. At school I was hopeless at Latin (and history and...) but I had to do legal Latin later in life and some of that stuck. If I need a Latin translation I usually ask Scriptor Senex.