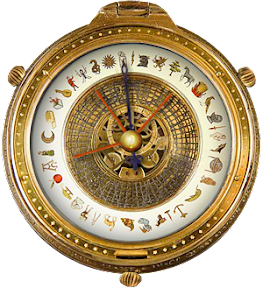 Back in August, Rae had a book review about Philip Pullman's His Dark Materials - a very blunt review that I have to say I enjoyed more than I did the books. I wrote in a comment to her post back then, that I had listened to the first two books in the series (in Swedish), but did not really take to them, so I wasn't sure I was ever going to get round to reading the third and last one. In spite of that, I just recently have.

What got me there was that in between, a month or so ago, I happened to pick up the film based on the first book (because they sold it at a very cheap price at the supermarket). To my confusion I found that for a change I liked the film better than the book. But it was so long ago now that I listened to the book, so I couldn't quite put my finger on why!


Okay, that was enough challenge... I find it hard to seriously criticise a series of books like this one without actually having finished it. Just theoretically, there might be some redeeming factor in the third volume that would "explain everything"...

The only relief I found in the third book was that it made me remember enough about what I did not like about the first one. So the good news at the end - for me - was that at least I won't have to go back and reread that again, to decide why I liked the film better. I might however possibly one day be curious enough to watch the other two films, just to see if they will manage to continue making the screen version more easily digestible than the books...


The difference is, I think, that the film still leaves some room for interpretation. (Usually it is the other way round, isn't it.) The books do not, because when you call the Church the Church, and the Bible the Bible, and have them appear equally corrupt in every parallell world in the whole universe, then that really does not leave much opening for the reader's own interpretation. Pullman's quite outspoken purpose in these books is to get rid of  The Authority; but in doing so, he as Author really takes its place. He claims to want to tear down the Kingdom of Heaven and replace it with a Republic. In my opinion he does not succeed with the latter, because he does not really trust his readers to be able to make up their own minds.

In the last book, Pullman literally closes every window that was possibly left open earlier in the story. He begins his story in the first book in a world which is very much a parallell to ours except that people wear their souls on the outside (as daemons in animal shape). Confusingly, places and religion and a lot of other things have exactly the same names as in our own world. He then goes on to also involve our own world, which however is really neither better nor worse; we just can't see our inner animals. He then proceeds in the last book to open up window after window to a lot of different worlds; but we get to see very little of any of them except two: One with animals on wheels (does that ring a bell?), and a very depressing world where all dead people (and other creatures) go, apparently without the company of their souls (daemons). Where the souls go, I don't think we're told (or else I managed to sleep through that bit). The only window left open at the end is to continue to let the depressed and apathic shadows of the dead dissolve and unite with nature (in the world with animals on wheels).

Apparently the love between main characters Will (from Oxford in our world) and Lyra (from Oxford in parallell world) is supposed to illustrate a great miracle of awareness, and sort of the opposite of  what happened to Adam and Eve in "the Fall". But like Adam and Eve, Will and Lyra too are expelled from Paradise, and (unlike Adam and Eve) not even allowed to continue to be together, in any world. Each must go back to their own world,  because neither of them can live in any other than their own. Moreover, every window between worlds must be closed, or the great awareness will leak out of the whole universe. A parallell lesson learned by Lyra is that made up stories are no good; salvation lies in Reality. On top of that she loses her initial intuition when it comes to reading the instrument called alithiometer. What she already knew how to do, she will now have to spend the rest of her life learning.

One question rises above a lot of others in my mind: Why does Pullman bother to write fantasy at all? What is the point in opening up windows to other worlds only to close them again? The conclusion at the end seems just to be: "I told you a story to teach you not to put your faith in stories, because stories don't tell the truth".

Sorry Philip. I don't find yours all that convincing either...
Posted by DawnTreader at 21:33

Of course I'm delighted that you agree with me.

On another level, though, great review! I didn't really give this series much of a chance, and it's nice to read the thoughts of someone who delved a little deeper into WHY they didn't like it!

Hi Rae... Well at least I gave it a shot! As far as I can remember, when I read the first one, it was without preconceived ideas; and most of my preconceptions about the third one stemmed from the first two, and from quotes by the author himself...

The most confusing bit to me is all the awards he has been given for it. That still makes me wonder what it is I've missed...!

Please don't ask me to account for my views. I am not a reader of fantasy as a rule - The Lord of The Rings being the most notable exception. However I thoroughly enjoyed the Pullman trilogy.

GB, any account of views is entirely volontary ;) I like discussions if I
can learn something from them but I'm not looking for "argument for argument's sake". As with any work of fiction, and perhaps fantasy especially, I can imagine it may depend a lot on one's own background what one sees in these books (or does not see in them). ♥

I knew GB would have commented on this posting, Monica. This is one of the few fantasy sets I've ever known him 'rave' about. Well, perhaps rave is a bit strong. Not that he doesn't like it a lot but he isn't one for raving - he's too laid back.
Despite liking fantasy novels I didn't enjoy them that much. I never felt involved.

Scriptor - your comment makes me laugh... I too could actually more or less foresee your brother's comment. I'm not psychic or anything ;) but I did happen to know already that GB likes these books. He also knows my tendency to ask "why"... LOL