A Dog May Look At A Frog

This English proverb dates back to the 16th century and indicates an impertinent remark by an inferior or upstart. It means that an inferior isn't completely restricted in what they may do in the presence of a superior.

The distorted version came to mind for me when contemplating some pictures that I took in our town park earlier in the week.

The town is having a sculpture festival this summer, and preparations have begun. We had some borrowed statues last year too, some of which I quite enjoyed. But the ones I’ve seen so far this year… Hmm… 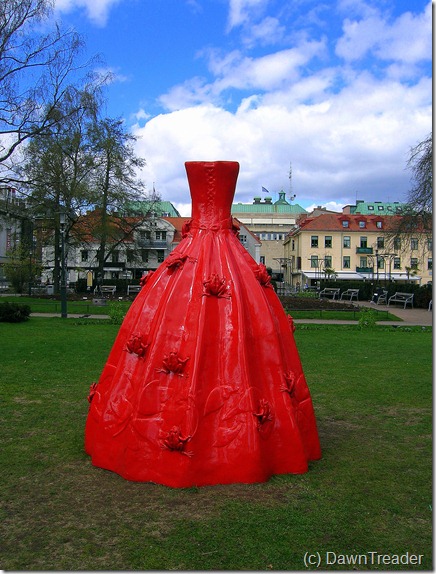 Okay. We are approaching the end of the school year. High school students are looking forward to their proms. Girls will be dreaming of fancy dresses of a kind they would never wear on any other occasion. They might even be dreaming of that frog of a boyfriend turning into a prince… 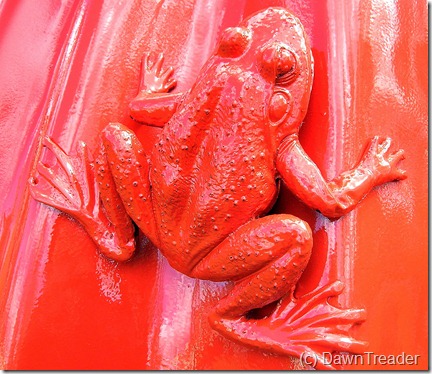 Did you think the decorations on that red dress were pretty bows?

On closer look, you can kiss that idea goodbye! 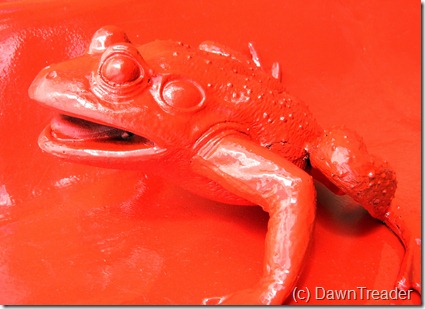 The froggy dress is not just standing there on its own, either. 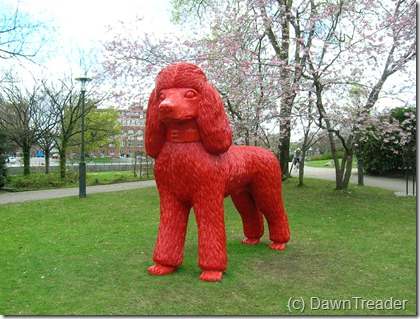 Red poodle, the size of a horse. 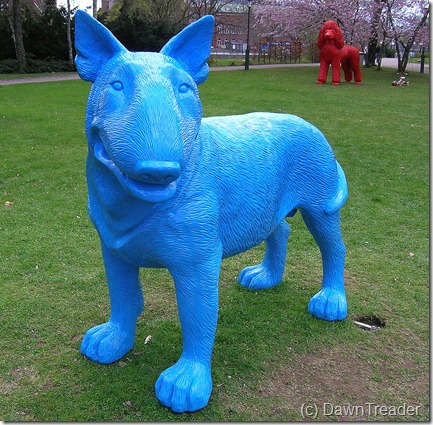 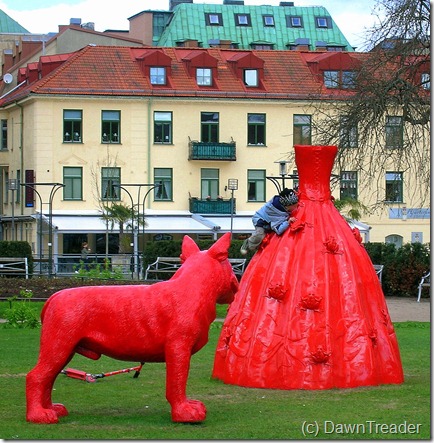 Red twin of the blue one – having caught sight of something… 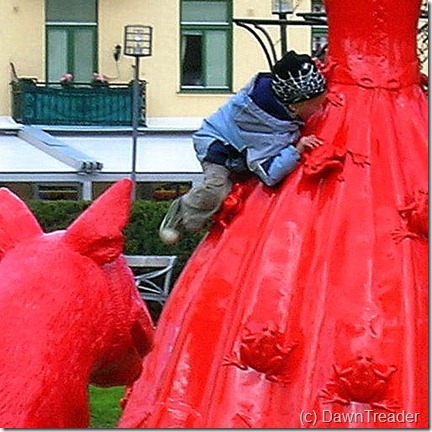 A small blue human frog trying to use the red ones as climbing wall!

Turned out (as so often) that climbing up was much easier than getting down again. Didn’t get a picture of that, but mummy had to come to the rescue…! 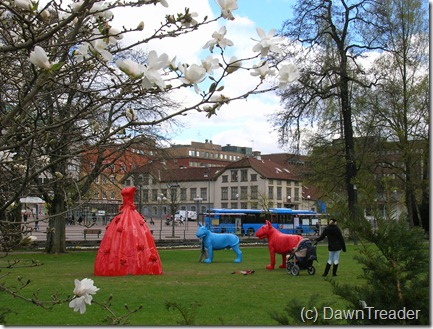 The sculptures work as magnets on little children. What do you mean, just look?! Obviously anything this colourful is meant to be climbed…!

I probably take a boring grown-up view on this, but I hope the Town does not get ideas about keeping these ones permanently - at least not in the spot where they are now.

I like our town park. It’s got beautiful trees and flowerbeds. There are also sculptures in it since before which I actually like. 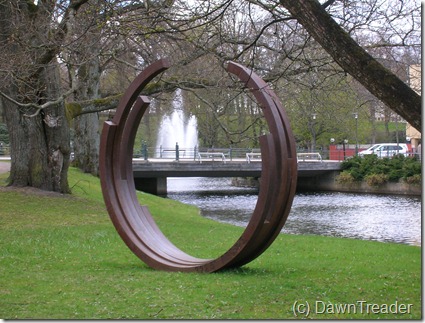 This one had to move to give room for the new ones. I have no complaints about that, though - I think they found a good spot for it.

But the red and blue ones… make me think of “the stuff nightmares are made of”…! 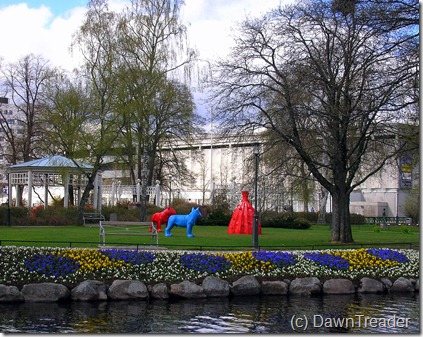 ‘Fly, fly! About with your ship and fly! Row, row for your lives away from this accursed shore. --- This is the Island where Dreams come true --- Not daydreams: dreams.'

C.S. Lewis, The Voyage of the Dawn Treader
(Chapter 12: The Dark Island)

Posted by DawnTreader at 06:00

Well, what a happy surprise, and I shall go to bed now with this vision! But really, I think the artist had a unique idea, blending the prom dress and kissing the Frog Prince!! I think it's wonderfully whimsical and unexpected and I adore those guard dogs!! I bet the children must be trying to climb on top of them for an imaginaty ride. The gown itself is just a bit ghoulish! I do love the big metal circle, but it just seems so boring and staid compared to the dress and it's stalwart guards!! Thank you for giving me a big grin, and a post on my favorite subject, whimsy! Aslo, that C.S. Lewis quote fits perfectly!!

Hmmm. I can see that the new sculptures would have interest but the old one, 'boring' though it may be in comparison does blen in rather well. I would be with the 'keep it temporary' school of thought.

Seeing the sculptures from a distance in your last pic, it looks like Legoland!

Love the pattern of the flowers by the shore.

All those red sculptures would DEFINITELY give me nightmares!

OK...now I get it...I am reading your posts backwards from recent to past. Now i see the dress before the damage!